My revised idea for how to cast the bogie extension for the MoD Flat Wagons seems to work. 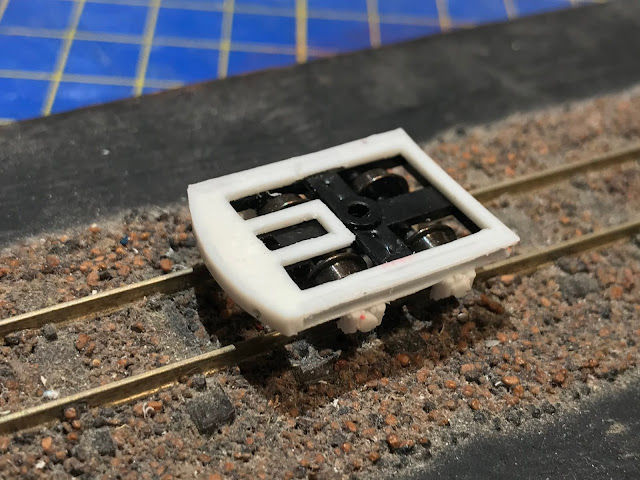 I've had to beef up the frames at the sides but that's probably no bad thing.

And in putting together this first one I followed my hunch that you'd get a better result if you glued on the side pieces before cleaning the flash from the main frame part.

The very thin film is effective in disguising the joint and, I hope, makes it easier to assemble what are quite small parts.

The last part of the bogie to design is the very chunky brake levers, but I might leave those to one side for the moment and concentrate on the body of the wagon instead.

It seems my design for the beefed-up Hudson bogie was a little two ambitious.

Two failed casting attempts from the new mould have convinced me that it's not going to be reliable enough for a production run. 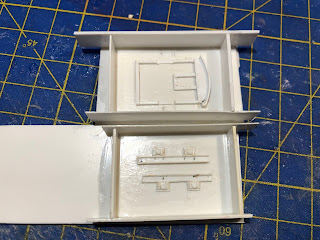 If I just needed to get a couple for myself I could persevere until some came out properly but that's not viable.

The idea of having a one piece casting was a nice one but the axle box parts are too thin for the undercut details to cast properly.

I poked a cocktail stick around when the resin was poured but was never possible to chase out all the air bubbles.

So I've reverted to Plan B which is to cast the side frames and axles boxes as separate, flat pieces to be glued onto rather basic skeleton.

I'll be a little more fiddly to put together but I'm hoping it'll be just as effective.

Today's update is posted a little later that I would like, time seems to be running away with me this week...

Anyway, better late than never I've got a pretty picture of progress with painting 130. 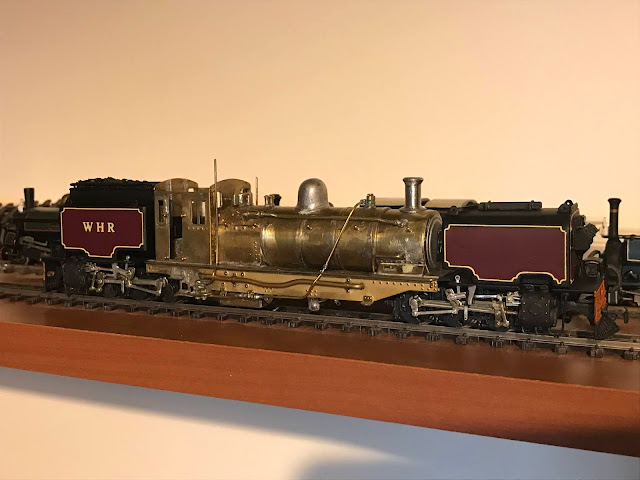 Both the front and rear bunkers and tanks are fully lined out, and you can see that Himself has had a go at creating something to represent the SAR headlights with their LED fittings.

The bogies are without their pony wheels which have been removed for painting on their own.

The boiler unit will have to wait until we see all the plumbing in place on the front of the cab on the real one, which really shouldn't be too much longer now.

There's also the question of whether the cladding on the cylinders will get painted and lined as per the published designs.

We're sticking to our rule of never second-guessing the railway so we've left ours in a neutral black for now...

Back To The Bogie

I finally managed to find half an hour to sneak into the study and get a little bit of modelling done after weeks fighting with Covid paperwork.
Last time I blogged about the MOD flat wagon project I had built a basic bogie frame to be cast to fit around the Dundas Hudson bogie.
The next step was to add on the axle boxes which I got done yesterday. 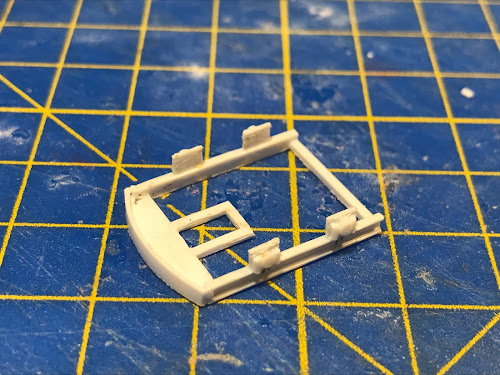 I think it's got the short but chunky look of the real ones. 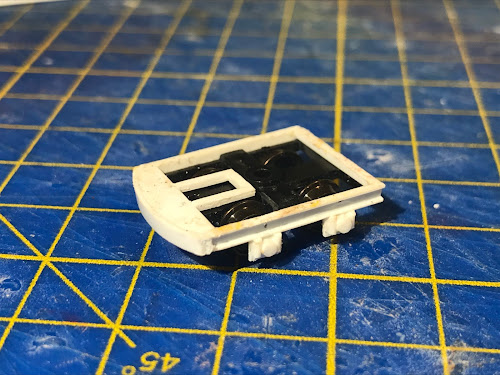 Now to cover it in RTV and see how well it casts...
Posted by Rob Waller at 08:00 No comments:

In week when I've not managed to get any modelling done at all I find the In Tray for future projects is piling up. 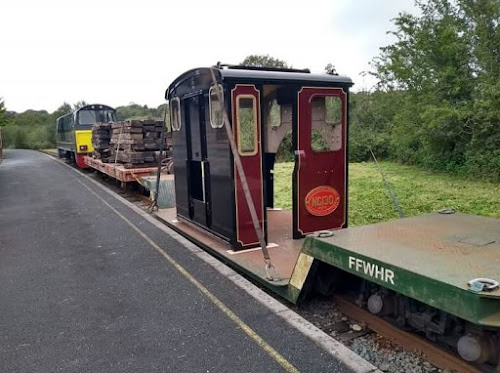 Himself is now expressing a desire for a model of the FR's well wagon which was deployed this week to transport the painted cab of 130 to Dinas to be united with the rest of the locomotive.

Being part of the modern infrastructure fleet, with vacuum brakes, it's a really useful wagon which can be found all over the 40-mile railway, so its appearance on Bron Hebog could be well justified.

No sooner had he popped up with his wish list comment than other people were suggesting it should be the next Boston Largs Works kit - notwithstanding the fact I'm making very slow progress with the MOD flat wagons project.

On the plus side I would be able to make use of the Polish bogie castings which I developed for the Livingston Thompson project, but I'll have to do some clever thinking about how I could produce a wagon body in that shape using an open-back casting method.

Bogies Waiting For A Body

Himself is keeping busy doing what he can to complete 130 while we wait for final photographic confirmation of where all the pipework will go on the real thing.

So in the meantime he's finished painting the bogies, and the good news is that they are still running sweetly. 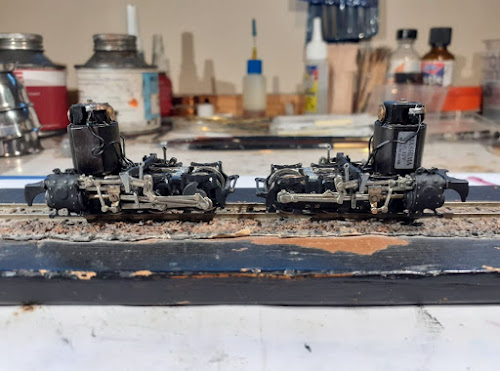 The issue we have is that there's still some pipework to be completed around the front of the cab / firebox, and as these are brass parts which will need to be soldered in place it doesn't make any sense to paint this area first - unlike on the real locomotive.

Hopefully now the painted cab has been transported to Dinas it won't be too long before it is bolted in place and we'll see the things we need to see to crack on and get this beauty finished.

A coat of varnish has completed the Maenofferen tank waggon and now its been taken for a test run with the rest of the vintage freight stock and Palmertston. 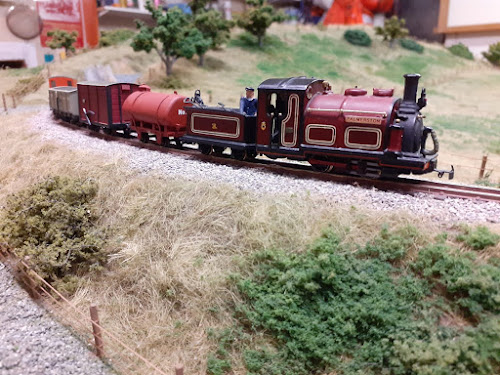 I'm really pleased with how it's turned out.

It's a very distinctive shape and if I say so myself I seem to have captured it, when comparing this to a similar picture in the 2020 FR calendar. 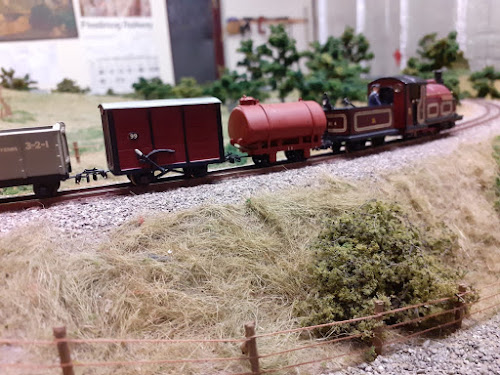 The first batch of my kits for this waggon have sold out and there's a reservation list for the next batch.