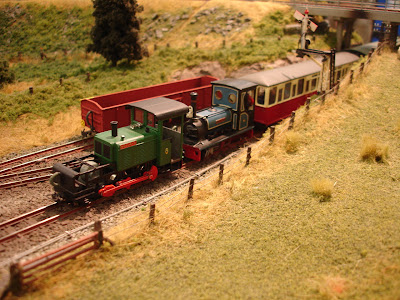 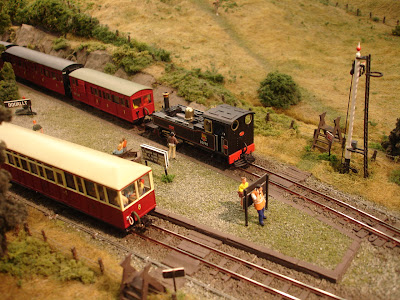 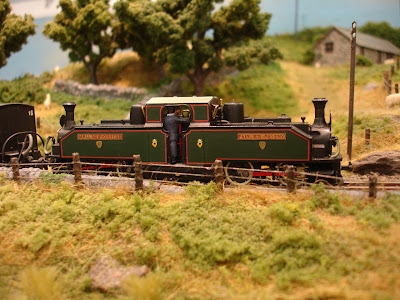 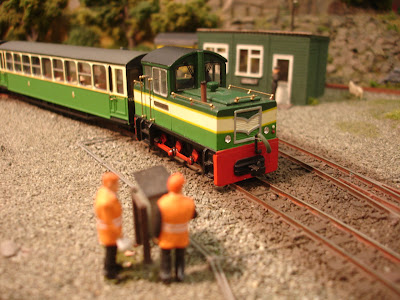 Cricceth Castle at the rear of the push-pull set 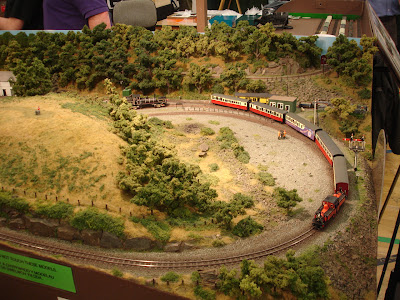 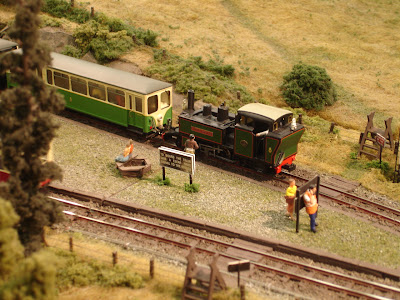 The much missed Mountaineer awaits the road in the down loop 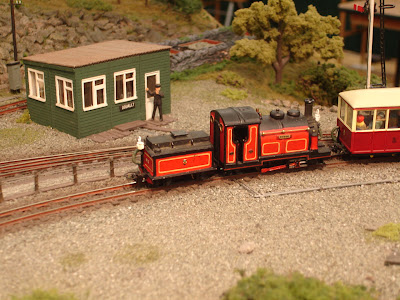 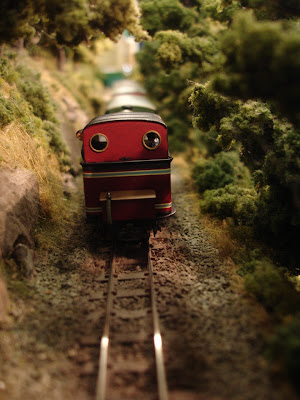 Taliesin in the woods at the back of the layout 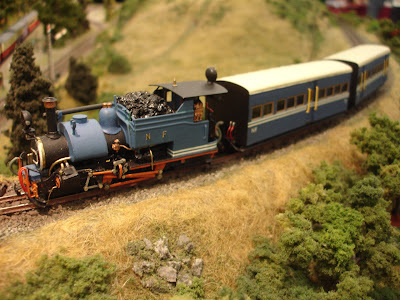 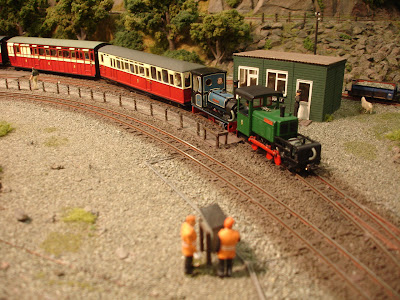 Another view of the Ian Rudd railtour 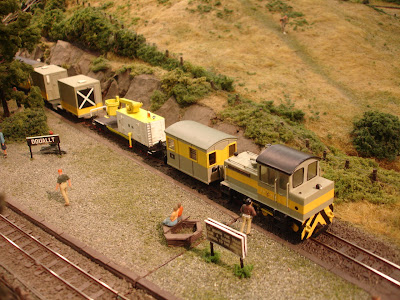 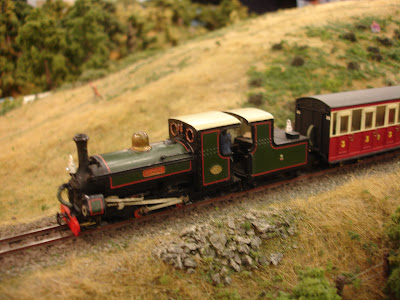 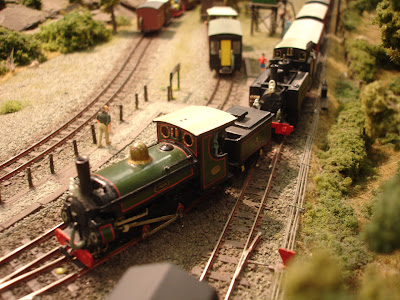 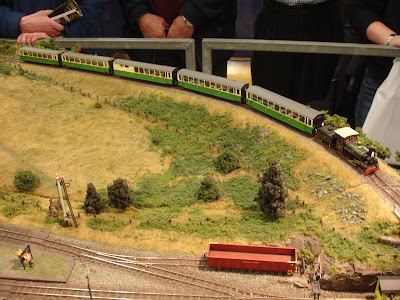 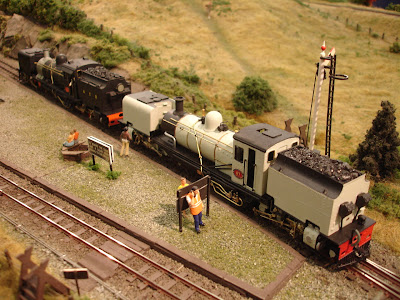 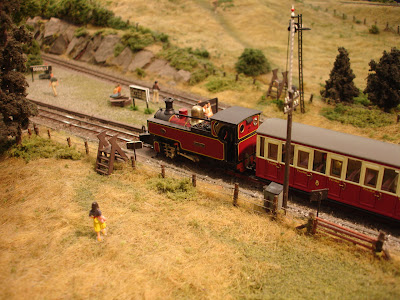 Another WHR visitor, Russell - she's appeared twice on the FR but not made it as far as Dduallt yet....