I had one of my most productive days in a while at the weekend getting to grips with the returned Gwyrfai.

The first task was to replace the temporary floor with one that fits all the way to the curved front, which will help to make it more rigid during handling. 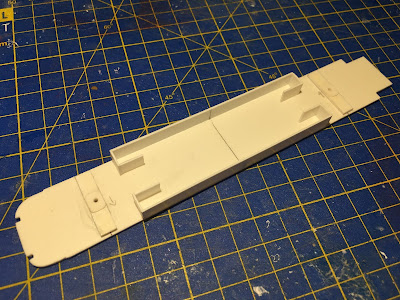 I also knocked up the skirts along the side which hide all the brake gear and other ancillaries underneath.

Once that was done I prepared the false ceiling which will be used to secure the top of the body sides and will have the roof skin formers added next. 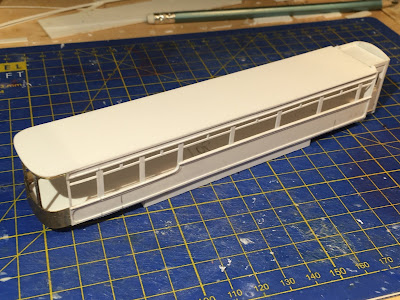 It is also the base for the domed end which will be shaped in Milliput.
Posted by Rob Waller at 08:00